Courtesy of the BBC: 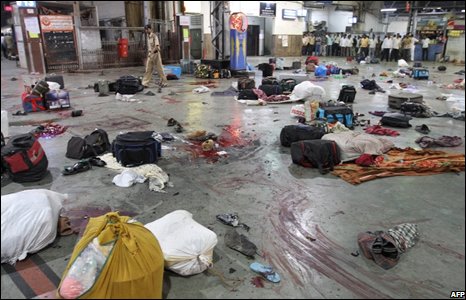 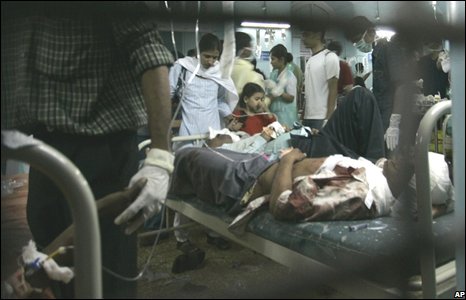 As the injured were taken to hospital, an explosion was heard inside the Oberoi Hotel. Hundreds of hostages are said to remain inside the hotel buildings. 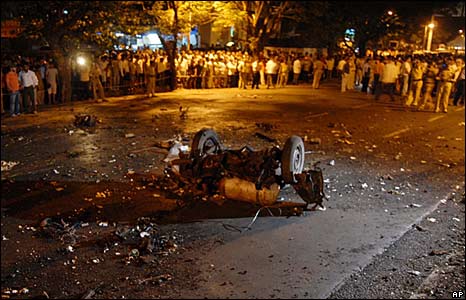 The attacks were condemned by the UK and US governments, whose citizens were apparently targeted by the gunmen. 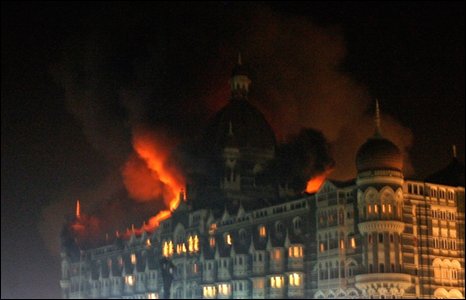 Among the targets were two of the city’s highest profile hotels, taken over by gunmen who entered shooting indiscriminately, witnesses said. At the Taj Palace, fire engulfed part of the top floor.