1 a: of, relating to, or based on the liberal arts <liberal education> b archaic : of or befitting a man of free birth

2 a: marked by generosity : openhanded <a liberal giver> b: given or provided in a generous and openhanded way <a liberal meal> c: ample , full

4: not literal or strict : loose <a liberal translation>

5: broad-minded ; especially : not bound by authoritarianism, orthodoxy, or traditional forms

6 a: of, favoring, or based upon the principles of liberalism; b capitalized : of or constituting a political party advocating or associated with the principles of political liberalism ; especially : of or constituting a political party in the United Kingdom associated with ideals of individual especially economic freedom, greater individual participation in government, and constitutional, political, and administrative reforms designed to secure these objectives

synonyms liberal , generous , bountiful , munificent mean giving or given freely and unstintingly. liberal suggests openhandedness in the giver and largeness in the thing or amount given <a teacher liberal with her praise>. generous stresses warmhearted readiness to give more than size or importance of the gift <a generous offer of help>. bountiful suggests lavish, unremitting giving or providing <children spoiled by bountiful presents>. munificent suggests a scale of giving appropriate to lords or princes <a munificent foundation grant>.

“If by a “Liberal” they mean someone who looks ahead and not behind, someone who welcomes new ideas without rigid reactions, someone who cares about the welfare of the people — their health, their housing, their schools, their jobs, their civil rights, and their civil liberties — someone who believes we can break through the stalemate and suspicions that grip us in our policies abroad, if that is what they mean by a “Liberal,” then I’m proud to say I’m a “Liberal.” ~ John F. Kennedy, 1960 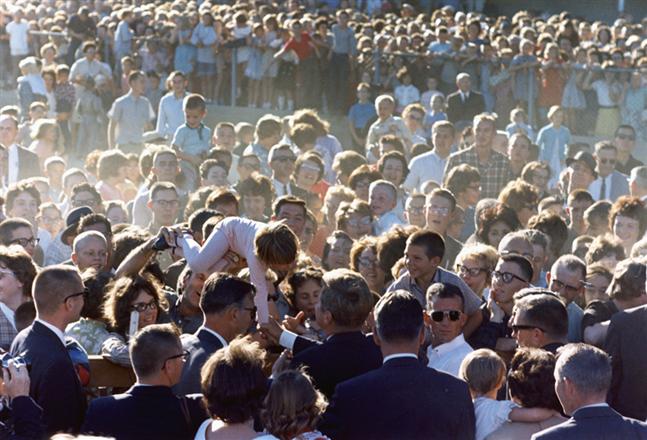 Does this look familiar?  Like something that has taken place recently?

A man with a dream, whose life was cut way too short.