If you follow my blog at all, or even if you have eyes that see and ears that hear, you know that the City of Oakland, CA has been getting a LOT of press lately and it’s pretty much to gone to hell in handbag.  Apparently there has been a lot of infighting, which (in part) has resulted in inadequate policing.

“I don’t want to be here with this council. I don’t have any faith in this council,” Tucker said as several members of his command staff and acting City Administrator Dan Lindheim looked on. “I doubt their sincerity in seeing that reforms are done.”

Tucker previously served as assistant Alameda County sheriff and was a 38-year veteran of the sheriff’s office before former Mayor Jerry Brown appointed him Oakland’s top cop in February 2005. 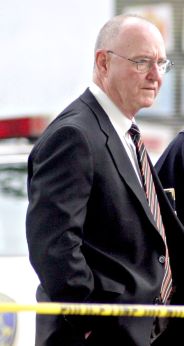 Who on Earth would want to be the Chief of Police for Oakland, CA?

Who would even want to be on the Police Force there?