Let me lay it out again… Single mother…  No husband, no boyfriend, no… no nothing.  Not a job, not even her own home.  She lives with her parents.  With all 14 of her children.

She’s 33 years old.  She already has 6 children ranging in age from 2 to 7 years old–including 2 year old twins.  This means she is having at least one child per year.

She’s apparently unemployed.  And living with her parents–who filed for bankruptcy in March 2008.

I’m so blown away I can’t stop shaking my head.

First, there are only 24 hours in a day.  With 14 kids, even if you NEVER slept, that would be a whopping 1.7 hours of undivided attention per child.

Let’s not even talk about breasts or arms or anything like that needed to care for a child, because most of us only have two of those.  14 children, 2 arms, 24 hours per day, zero income…  you do the math.

And what about the “doctor” that implanted the 8 embryos in a 33 year old unemployed woman, living with her bankrupt parents, that already has six small children?????

Besides the 14 children, who is going to pay for all this?  Doesn’t this just seem so, so wrong on so many levels? 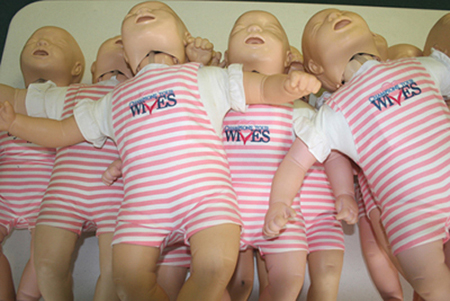 3 thoughts on “Single Mother Of Six Gets Implanted With 8 Embryos And Gives Birth To Octuplets… WTF?”