On March 2, 2009 a total loser by the name of Kody Lee Kaplon kidnapped a 3 year old girl, Frances Ann Collins, from her own bed in her own home — with her entire family home asleep — after he had attended a party there earlier that evening.  “The girl’s father awoke to her screams, but found only an open door, and made a frantic call to the Yreka Police Department dispatcher, at which point an Amber Alert was implemented.”

On March 4, 2009 Kody Lee Kaplon was in custody facing charges of “burglary, kidnapping, taking or enticing a child, false imprisonment, willful cruelty to a child, attempted murder, and sex or sodomy of a child under age 10.”

Frances was found “about 200 yards from the 1992 Pontiac Grand Am that she was allegedly taken from the Collins residence in. The car had become high-centered in mud and fill, the man stated, who added that it was his understanding that the suspect walked to the nearby Jim Ragsdale residence, leaving the girl behind. Ragsdale told the group that Kaplon appeared somewhat disoriented when he asked for a ride to Hornbrook, but Ragsdale was unaware of what had occurred and drove him there.”

While her parents were not suspected of any wrongdoing at this point, little Frances was placed in the custody of Child Protective Services.

By March 5th there were seven felonies charged against Kody Lee Kaplon including “attempted murder for abandoning the 3 year old” after committing “acts of sexual intercourse, sexual penetration with a foreign object and two counts of sexual oral copulation on a female victim under the age of 10 years.
Kaplon is also charged with kidnapping and endangering the health of a child. Special allegations of great bodily harm and a claim that Kaplon was on probation or parole at the time of these offenses were included in the complaint.   Kaplon pleaded not guilty to all charges and was appointed the services of the public defender to act as his attorney.”

That’s great.  Now this scum bag is getting defending at the expense of the tax payers.  Can’t we just bring him to the center of town, hang him and stone him to death like he deserves???

On March 12, Kody Lee Kaplon entered the court room with his prison garb pulled over his head to hide his face.  (Can one ever hide from what he has done???)

The hearing was postponed until May 7.

I hope the cocksucker gets the death penalty, with no possibility for parole or any other hearing.  He deserves to fry. 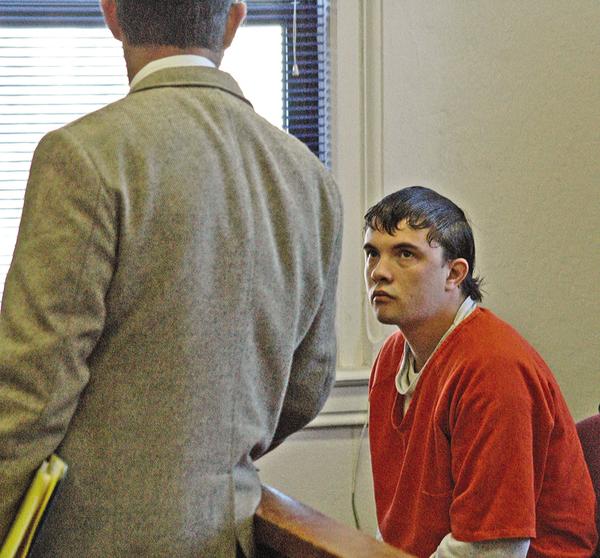