If you haven’t seen what Shannyn Moore had to say over the Huffington Post, I have pasted it in below:  The Top 10 (most recent) Reasons Sarah Palin is a hypocrite:

10) Last September, a skit on Saturday Night Live suggested incest in the Palin family. “What about the husband?” asked a mock Times reporter. “You know he’s doing those daughters. I mean, come on. It’s Alaska!” No outrage. Sarah Palin appeared on the show one month later in late October.

9) Days after the announcement of Bristol’s pregnancy, Conan O’Brien joked, “It’s true, John McCain’s running mate, Alaska Governor Sarah Palin, has revealed that her 17-year-old daughter is pregnant. Palin said, ‘We should never have introduced her to John Edwards.'” Where was the outrage? Was Conan promoting infidelity with an underage girl?

8 ) From two different Tonight Shows: “Governor Palin announced over the weekend that her 17-year-old unmarried daughter is five months pregnant. Oh, boy, you thought John Edwards was in trouble before, now he’s really done it!” AND…”All the Republicans are heaping praise on Governor Palin. Fred Thompson said, as an actor, he could see them making a movie about Sarah Palin and her family. Didn’t they already make that movie? I think it was called ‘Knocked Up!'”–Jay Leno

6) “According to expense reports, Sarah Palin charged the state of Alaska over $21,000 for her children to travel with her on official business. In fairness to Gov. Palin, when she leaves them home alone they get pregnant.” –Seth Meyers (SNL). Sarah Palin was in a sketch with Meyers a week earlier.

5) On October 8, 2008, Sarah Palin walked out on the ice with six year old Piper and 13 year old Willow, before the game, Conan O’Brien said, “Saturday night, Sarah Palin is going to drop the first puck at the Philadelphia Flyers’ hockey game. Then Palin will spend the rest of the game trying to keep the hockey players out of her daughter’s penalty box.”
Oh, yes he did. You get the outrage…but not a peep then. According to the new “logic”, O’Brien was advocating for some really sick stuff.

4) Rush Limbaugh: “Everyone knows the Clintons have a cat. Socks is the White House cat. But did you know there is a White House dog?” Limbaugh put up a picture of Chelsea Clinton. At the time, Chelsea Clinton was 13 years old. Rush also said, “In last year’s campaign, the most prominent, articulate voice for standard run-of-the-mill good old-fashioned American conservatism was Sarah Palin.” Calling a young teenager a “dog” can’t be helpful to her “self-esteem.” Where is the apology from the leader of the GOP?

3) “Why is Chelsea Clinton so ugly? Because her father is Janet Reno.”–John McCain, Sarah Palin’s running mate. Should McCain apologize to every young woman in America?

2) Palin’s friend, political defender and informer of the David Letterman comments, John Ziegler, was fired from his radio show for using the “n-word” online and on air in 1997. In 2000, he was fired for spelling the “n-word” on the air. How much does that word affect the psychological health of America’s youth, regardless of their race? Now he is pimping his film about how mean the “liberal media” was to Sarah Palin.

1) The “candidate who must be obeyed” was talking about Palin’s family when he said, “Kids are off limits.” Jake Tapper of ABC News interviewed then Candidate Obama, and asked, “Governor Palin and her husband issued a statement today saying their 17-year-old daughter Bristol, who is unmarried, is five months pregnant. Do you have any reaction?”

OBAMA: “I have said before and I will repeat again, I think people’s families are off-limits. And people’s children are especially off-limits. This shouldn’t be part of our politics. It has no relevance to Governor Palin’s performance as a governor or her potential performance as a vice president. And so I would strongly urge people to back off these kinds of stories. You know, my mother had me when she was 18. And, you know, how family deals with issues and — and, you know, teenaged children, that shouldn’t be the topic of — of our politics.”

The Palin children have been fodder for comedians since they were brought to the national stage. Incest isn’t funny. Ugly kid jokes aren’t funny. Many of the things said about public figures are just flat wrong. Being “knocked up” isn’t much fun. Racist comments hurt all of us. I exhausted the top 10 list before I ran out of outrageous instances ignored by the Palins.

As a parent, I understand being defensive. I just wonder what took so long. Why now?

To read even more from Shannyn, check her out.  She’s bad ass.

h/t to the Grumpy Lion and don’t miss what’s going on over at Mudflats. 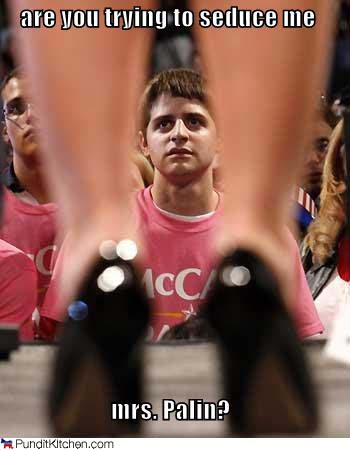 One thought on “Shannyn Moore Takes Sarah Palin To The Mat”