So, here I am on a Saturday night after working all day.  I haven’t been to a movie theater in over a decade, yet I’ve invited some friends over to watch the Oscars tomorrow night.  For me, it’s a parody and poking fun at society for “celebrating” people just like us, who for some reason have been elevated to some immortal status because…?  They’re pretty?

And for this, not one original thought of their own–just that they photograph AND photoshop well, they get paid untold millions (of fake money, because there really is no such thing as money–I like to refer to modern day currency as “fun tickets” or “entitlements”).

But virtue of the fact that one idolizes another, you are putting that person or persons above you and “common people”.  A position that no person should be held to because a) it’s completely ridiculous and (I think) shameful, and b) it’s not healthy for you or anyone else to see themselves in such a poor light, and c) the idolization is unrealistic and unsustainable and creates egomaniacal and suicidal personalities and behavior on the recipients of this “love.”

People are being interviewed on the news… swooning, spending their life savings, just so they can see another human being in person.  Another human being that wakes up, gets a cup of coffee or tea, takes a crap and (hopefully) takes a shower, and gets dressed and figures out a way to make a buck to buy food and put a roof over their heads and …

HOW did they get so blown out of proportion that they are treated like they are some sort of ultra special unearthly “gods”?

AND, if you don’t get the irony of the “girl du jour” schtick or the image of Raquel Welch as the avatar, you are on the wrong page. 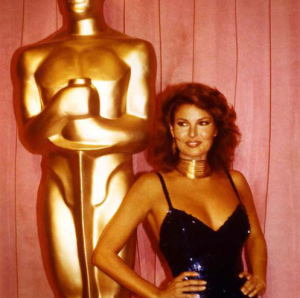