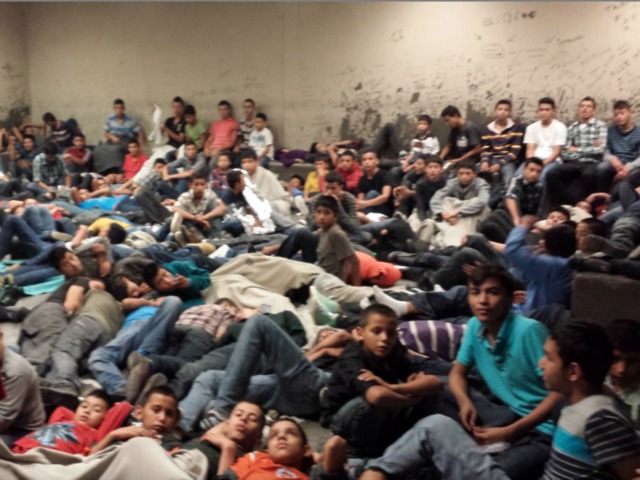 I’ll be the first to tell you that I am against illegal immigration.  Everyone needs to be on a level playing field, with the same rules and paying the same taxes as everyone else.  No free rides, unless everyone gets a free ride, right?

Here’s the thing that most people are too lazy to remember or research:  The United States started the War On Drugs, which is fueling the influx of child refugees into this country.  Note I said “refugee” and not “immigrant”.  They aren’t coming here for free health care.  They’re coming here so they don’t get murdered.

Let’s start with a little walk down memory lane with NPR:

July 14, 1969: In a special message to Congress, President Richard Nixon identifies drug abuse as “a serious national threat.” Citing a dramatic jump in drug-related juvenile arrests and street crime between 1960 and 1967, Nixon calls for a national anti-drug policy at the state and federal level.

July 1973: Nixon creates the Drug Enforcement Administration (DEA) to coordinate the efforts of all other agencies.

November 1975: Colombian police seize 600 kilograms of cocaine — the largest seizure to date — from a small plane. Drug traffickers respond with a vendetta, killing 40 people in one weekend in what’s known as the “Medellin Massacre.” The event signals the new power of Colombia’s cocaine industry, headquartered in Medellin.

In March, Pablo Escobar is elected to the Colombian congress; he gained support by building low-income housing, doling out money in Medellin slums and campaigning with Catholic priests. He’s driven out of Congress the following year by Colombia’s minister of justice.

1984: Nancy Reagan launches her “Just Say No” anti-drug campaign. In July, The Washington Times publishes a story about DEA informant Barry Seal’s infiltration of the Medellin cartel’s operations in Panama. The story shows that Nicaraguan Sandanistas are involved in the drug trade. As a result of Seal’s evidence, a Miami federal grand jury indicts Carlos Lehder, Pablo Escobar, Jorge Ochoa and Jose Gonzalo Rodriguez Gacha. (In February 1986, Seal is assassinated in Baton Rouge, La., by gunmen hired by the cartel.)

1985: Colombia extradites drug traffickers to the United States for the first time. U.S. officials discover that the Medellin cartel has a “hit list” that includes embassy members, their families, U.S. businessmen and journalists.

In the most expensive initiative in Latin America since the Cold War, the U.S. has militarized the battle against the traffickers, spending more than $20 billion in the past decade. U.S. Army troops, Air Force pilots and Navy ships outfitted with Coast Guard counter-narcotics teams are routinely deployed to chase, track and capture drug smugglers.

The sophistication and violence of the traffickers is so great that the U.S. military is training not only law enforcement agents in Latin American nations, but their militaries as well, building a network of expensive hardware, radar, airplanes, ships, runways and refueling stations to stem the tide of illegal drugs from South America to the U.S.

The U.S. authorized the sale of a record $2.8 billion worth of guns, satellites, radar equipment and tear gas to Western Hemisphere nations in 2011, four times the authorized sales 10 years ago, according to the latest State Department reports.

Over the same decade, defense contracts jumped from $119 million to $629 million, supporting everything from Kevlar helmets for the Mexican army to building airport runways in Aruba, according to federal contract data.

Last year $830 million, almost $9 out of every $10 of U.S. law enforcement and military aid spent in the region, went toward countering narcotics, up 30 percent in the past decade.

In February 2014, The Guardian published an article that read, in part:

During the 1980s, Peru, Bolivia and Colombia were responsible for 65%, 25% and 10% of the world’s coca production respectively. By 2000, however, the US “war on drugs” in neighbouring Andean countries had turned Colombia into the world’s largest cocaine producer by far, representing 90% of the total.

The 20-year war to dismantle the Colombian cartels has cost approximately 15,000 lives, many of them innocent victims of narco-terrorism. A few years after the demise of the big cartels, paramilitaries and the Farc guerrilla movement massacred or displaced millions of small farmers in their struggle to control land and drug-trafficking routes.

Between 2000 and 2010, the US spent $7.3bn on a military and economic aid programme called Plan Colombia. Although it was successful at bringing many coca-growing areas under state control and substantially reducing drug-related violence, Colombia remains a major coca and cocaine producing country. Today, the Farc are on the retreat and the big cartels have long gone, but the lucrative trade has been taken over by a network of mini-cartels and demobilised paramilitaries. Plan Colombia also displaced the drug trade back into Peru and Bolivia, as well as north into Central America and Mexico.

Supported by the US-financed Mérida Initiative, in 2006 the Mexican government declared a war on the drug cartels that has killed or led to the disappearance of 100,000 Mexicans so far; 90% of the cocaine that enters the US passes through Mexico, a trade that is now valued at between $19bn and $29bn.

And just a few days ago, the New York Times reports:

CRISTIAN OMAR REYES, an 11-year-old sixth grader in the neighborhood of Nueva Suyapa, on the outskirts of Tegucigalpa, tells me he has to get out of Honduras soon — “no matter what.”

In March, his father was robbed and murdered by gangs while working as a security guard protecting a pastry truck. His mother used the life insurance payout to hire a smuggler to take her to Florida. She promised to send for him quickly, but she has not.

Three people he knows were murdered this year. Four others were gunned down on a nearby corner in the span of two weeks at the beginning of this year. A girl his age resisted being robbed of $5. She was clubbed over the head and dragged off by two men who cut a hole in her throat, stuffed her panties in it, and left her body in a ravine across the street from Cristian’s house.

So, as you can see, not only is this NOT a new problem.  It is a problem that the United States has played a huge role in.  We are not the innocent bystanders that for some “unknown reason” have all these orphaned child refugees showing up on our doorstep.  We need to take responsibility in our part in this.  Not turn our backs.